Our last night in India was a little wild. We skipped the temples and sightseeing for a night out on the town. When you have to board a 21 hour flight the next day, you really don’t feel much like sleeping.

So out we go. To a bar at the country club where stories were exchanged and a bottle of whiskey passed around. It was a good time spent amongst new friends.

A few of them told arrest stories—because don’t we all love to share our lowest moments once the alcohol gets flowing? Genuinely, there’s something about the spirits that makes us all a little more honest. Like culture, borders, and everything else is eliminated, and we become just people, sharing intimate details of our lives.

And the details were enlightening. Unusual. A bit sad, to tell the truth.

I heard some stories about beatings in the jail. About being unrecognizable when coming out. About the crime boss who allows himself to get arrested every six months, just to keep the image of a functional police force up and running. I’m not saying this is everywhere in India, because I do not know…but it is here. This crime lord has his own dorm. His own room and bed he sleeps in when the time comes for him to submit and bite the bullet. When the time comes for him to pay for the smallest fraction of his crimes.

There’s something called the airplane, I have learned. When they take batons, coat them in lime and cumin and chili powder…I’ll let your imagination do the rest but just know it is a punishment more painful than any you can imagine bearing. But this is only if you cannot pay them off.

Good thing we could.

A guy from the bar we had been speaking with was pulled over forty feet from the entrance of the bar. We pulled up behind him in our Uber—he approached our car and asked for 1,000 rupees (US equivalent $15.00) to pay off the cop.

To pay off the cop.

The cop pocketed the money and let him back into his car. “Just wire me the rest tomorrow,” he said. “Or, if you don’t, I’m sure I’ll catch you again soon.”

Apparently this cop recognized the car. He had recognized the car because he had pulled this kid over a dozen times. Letting him go each one, because it lined his pocket. And for $15.00 US dollars, he let him get back in his car and drive the rest of the way home. Drunk.

Culture is culture and people do as they will—no country is any different. People are manipulative anywhere you go. They will bribe and they will cheat because it is the lesser side of human nature that comes easier than being good. This is not dependent upon boundaries or culture.

However, I think, perhaps, that watching it play before my eyes was just a bit more shocking. What you’ve seen is always so far different than the stories that you’ve heard.

And so, I will reiterate the point in my original blogs. Unapologetically I will reiterate this point. The culture of India is glorious. The people are stunning. They are pressed and they are busy but they are mostly kind. They are gentle and religious and work hard towards their goals of something better.

But the government? I hold to the truth that they have not done well by their own people. The top grossing economy of the world, and yet officers are paid so little that they count on payoffs to balance out their salaries. They let drunk people drive home because it puts some extra money in their pocket (if you have not driven on the roads in India, you cannot understand how much potential this carries for a very dangerous accident to occur).

Everyone in the bar that night had a story like this. Every last person shared a jail story. And these were good kids. College educated. Some of them were studying law others worked in big software companies others lived in foreign countries but were in town to visit family. Every single one of them had a story just like this.

And so yes, it makes me sad. It makes me sad for a culture so beautiful, that it is encumbered by a failed system. Say what you would like about my bias as an American citizen, but some things I think are wrong…in spite of culture, of religion, of boundaries or borders or anything else. Whether it happens here in my own country or somewhere else entirely…the government is meant to protect its own. Not profit off of them.

27 thoughts on “India, Day Paying off the Cops?” 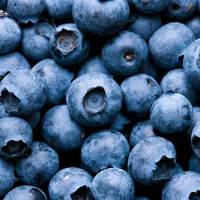