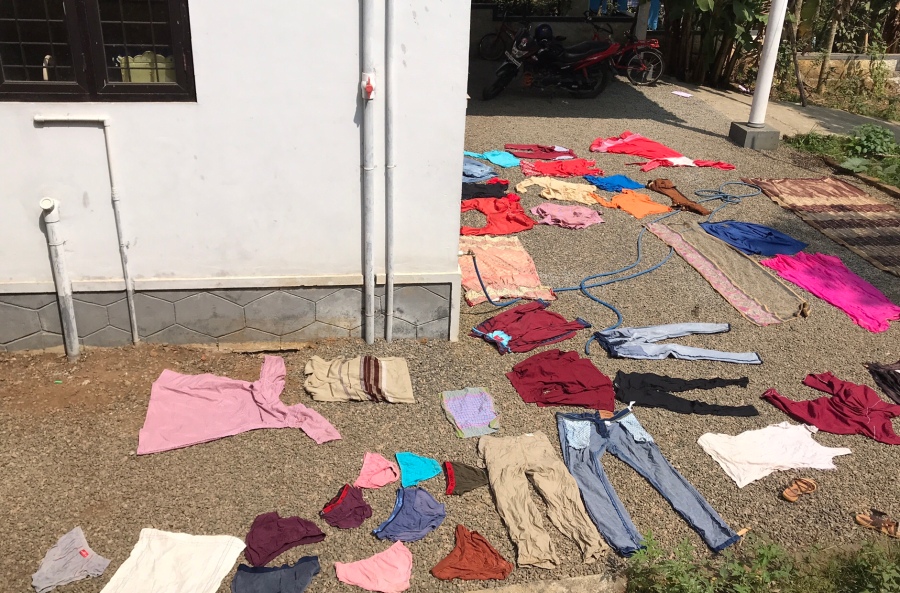 Today, I placed my forehead on the keyboard and typed the letter j a hundred times.  With my nose.  The tip of it.  Something soothing in the motion.  I never loved the letter j and yet here I am, a stream of jjjjjjjjjjjjjjjjs across the page.

I was supposed to water my grandmother’s roses today, but I forgot.

“At what point did you choose to forget,” my boss would have asked.

Right about when I turned left instead of right, I suppose.

My cilantro is overgrowing.  The spearmint has shot straight out of the pot and grown in some strange erratic trajectory.  Also, I had a terrible nightmare last night about a haunted house and dying.

This morning, when I turn on the coffee, I stand a moment at the window and think about how tired I am.

I have a lot of guilt about the string of suicides inside my family and I only know I have this guilt because every time my mind grows still they creep in and invade it.  Like I cannot allow myself a certain happiness.  Too quiet a moment and their faces hover out about behind the sockets of my eyes.

In front of my keyboard, I weave my body back and forth like ocean waves or wheat amidst a windy field.  I absolutely cannot sit still.  Someone labels me impatient.  Probably, they are right.

Sometimes, when I think about Joey, I think that maybe he wouldn’t have killed himself if we hadn’t found that gun in my grandmother’s guest room.  Or if I had never teased him because he couldn’t read.  Maybe, if I hadn’t laughed at the way he ate tuna salad sandwiches, he’d still be here.  But then uncle kills himself, and I’m confused because I never did any of those things with him and he’s still gone not here away and missing underground.

I was supposed to water my grandmother’s roses today.  But every time I see her she talks about uncle and how angry she is and it makes my heart hurt like someone’s held it to a burning pot.

I turn left instead of right.

She talks about this coffee pot she wants.  How it is somewhere back in Colorado, hidden away in his possessions and she wants it back.  How he took it on a loan but it is hers and she wants someone else to have it.

When I come home, I sit inside the corner of my room and write.  On the floor behind the dresser, so no one else can see me.  For a long time, I took these pills that made me think of guns beneath a bed and all the jokes that people made about my skin and how I write and I think that, if I were a mother, I would have cried the loudest knowing that my daughter only wanted death.

It’s almost my birthday, which is the two day before anniversary of Joey dying.  Uncle is next to him now.  Last year he wasn’t but this year he will be.  Two graves instead of one.  Two family traumas side by side in a dirt lot and we cannot find the coffee pot or the gun beneath the bed and today I tried to eat a tuna sandwich but I vomited instead and somewhere my poor grandfather lies sleeping in the ground all by himself with the bullet in his chest.

Catatonic, I sit inside a stupor.  Is any of this real?  Our lives, some Grecian tragedy, some Shakespeare play.  All of it, surreal.  My heart burns.  It aches in the place where the air comes through my mouth and enters in my lungs.

I am angry at our apathy.  That I’ve made it to another year, when people that I love have not.  And still, we are unkind.

Which reminds me, I have some roses to go water.

I have a lot of people left to love and ask forgiveness from.

21 thoughts on “A Haunted House and Dying”