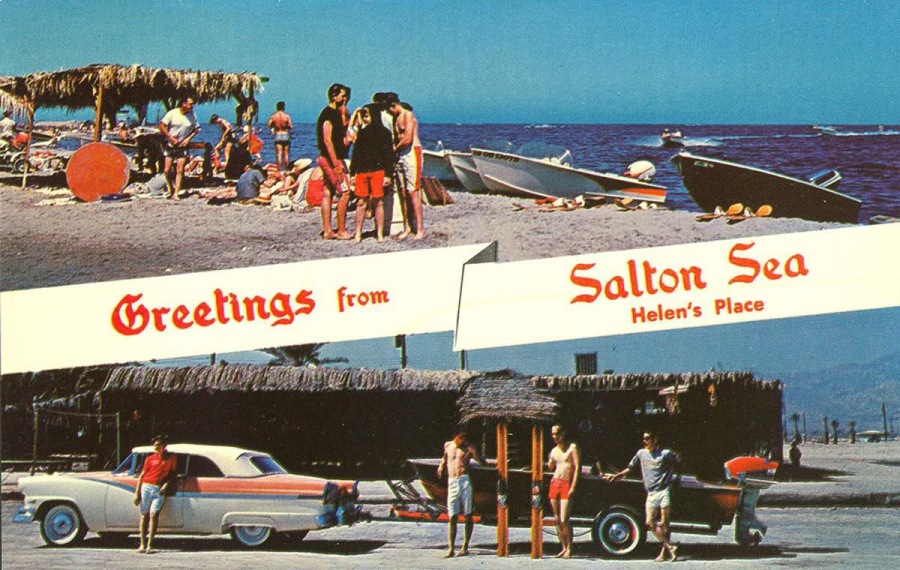 There’s one restaurant here. Aside from a Jack in the Box and a sandwich shop that looks closed, but no one can be entirely certain. No one remembers eating there, and although the sign at the door says open, there are no cars in the lot, or any signs of life, for that matter. It kind of looks like a place you’d get murdered in, so we pass it up for the only other option, a little joint a short distance from the Mexi-Cali border. They claim to serve authentic Mexican food, but judging by the look of the plate, they missed their mark. But when you’re the only place in town, you can serve shoe leather, and someone’s bound to eat it. I did. I’m still flossing that shit out of my teeth.

We’d spent the day exploring. Off-roading, driving past dilapidated hotels that rose out from the desert landscape like skeletal structures. Obliterated walls, demolished foundations, a graveyard illustrating the once rich history of this town.

In the 1970’s, flash floods from rains elevated the Salton Sea and gutted the homes that lined the shores. And there’s no DIY center in a 50 mile radius of this place. When land’s this cheap, the best thing to do is cash in your chips, and leave it all behind. And that’s what happened. People just left. Restaurants closed down and were reclaimed by the harsh, windy conditions of the desert. Local shops were emptied of their goods, soon to be inhabited by vagrant wanderers with no better place to go. Salton City isn’t a place you come to to live, but rather to disappear.

It’s like this town lived through an apocalypse, but just barely. People migrated in mass, leaving the elderly behind to wither in the sun. You can see them sitting on the porches of their trailer homes, amidst the succulents and rock gardens, where vibrantly painted gravel reminds you of some tacky hand made picture frame your kid brought home from kindergarten. The one with macaroni, that you had to hang from the fridge and pretend like it was the damned Mona Lisa.

The faces are off-putting. Not just Mona Lisa’s, but the old, lopsided, geriatric grins that stare back at you. A less adventurous person would turn tail at the first sight of that desert hollar, but the richest stories lie here, buried under salt and sand.

These people remember when the town was big. When they first came here, to raise a family on the sandy shores of paradise, before it became Chernobyl. Standing on the deck, watching the boats pull up from the glistening turquoise of the manmade sea. Yachts and gliders, catamarans and sailboats, pulling up port to unload the salty, suntanned fisherman with their daily haul, carted along in bulging burlap bags that wreaked of rot and money.

Children skipped along the boardwalk in their patent leather saddle shoes, heading down to the marina, their sticky hands dripping with melted ice cream turned to soup within the confines of the cone. Two scoops of Vanilla Bean, America’s favorite flavor. Coppertone babies in every mothers’ arms their little sunkissed noses peeking out from lace-lined bonnets.

Beaches dotted with umbrellas, scattered by the thousand, like little beetles in the sands, polka dots and stripes and zig zagged reds and blues and greens.  But then the rains came. And the beaches were washed away and all the ladybugs flew away home, leaving the desert landscape bare and empty.

There’s one umbrella. An older man, whose painted canvas looms before him. He wipes at a stray bead of sweat erupting from his brow. Squints out at the sea, back to the canvas, back out to sea. A little portable radio composes symphonies of Beethoven as he hums along, lost in the musings of history.

“You should have seen it, way back then,” he says. “It was magic. You didn’t want to leave. We were proud of what we’d made.” A deep yearning releases itself with his words. A profound loss. It hits you like the stench of the fish, of the salt.

And you realize you’re a tourist of ruins, but instead of finding relics, you find living people, who long to share the secrets of this place.

“I now walk into the wild.”
…Jon Krakauer 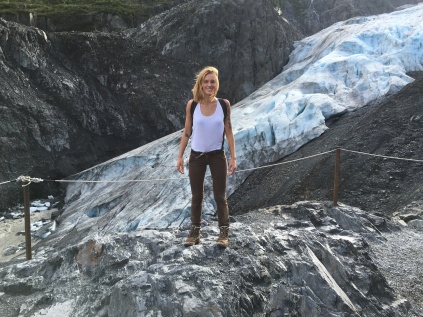 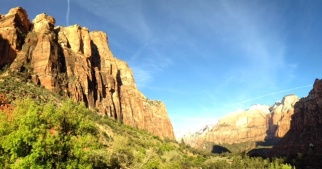 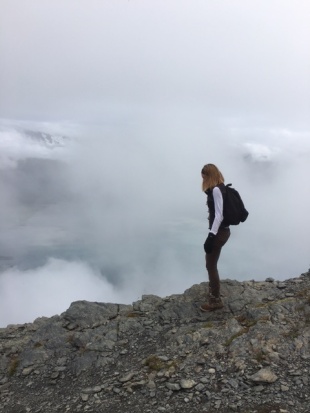 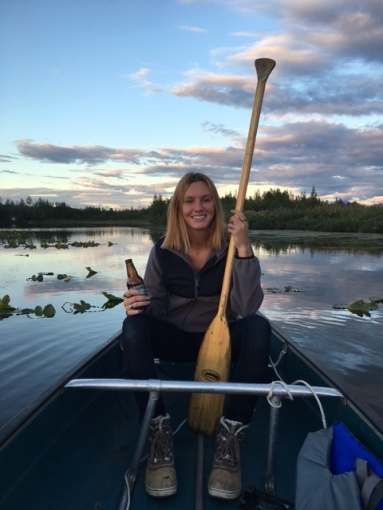